April 08, 2021
Hartlepool is actually the town where I was born.  It lies in the the County of Durham near the River Tees estuary on the north east coast of England.
The first three photographs were taken in September 2016 at 'Hartlepool's Maritime Experience' - a major visitor attraction in Hartlepool, now the National Museum of the Royal Navy. The concept of the attraction is the thematic re-creation of an 18th-century seaport, in the time of Lord Nelson, Napoleon and the Battle of Trafalgar.  The site is within Hartlepool's Historic Quay which contained redundant docks and old repair sheds and timber yards.  It was regenerated in the early 1990's.  The original buildings have been restored, repaired and extended to show just how a working seaport like this would have looked like in the 1700s and early 1800s.  I have to say, it is one of the best 'living' museums I have been to.
There may not be many doors visible but you can see they are in keeping with authentic architectural style of the buildings of that period.  Behind each door is a shop, office or workshop, (e.g. a Chandlers, Gunsmiths, Swordsmiths, Naval Tailors, Naval Architects, Printers and Instrument Makers) set out exactly as they would have been at that time.  Inside many there are actors in period clothes, sound effects and smells to make the experience seem more real.
On the first photo of the Quay you will see the bow of the HMS Trincomalee, a Royal Navy frigate and Britain's oldest warship afloat. She was built in Bombay, India in 1817. 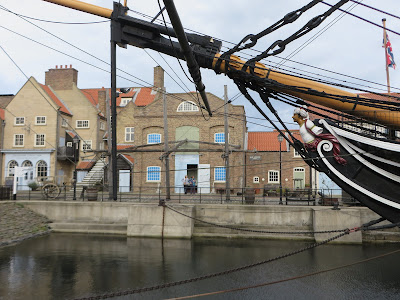 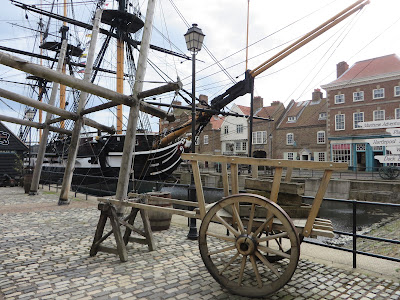 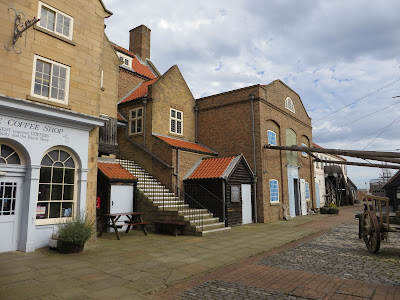 This next photograph is a terrace of Georgian houses at the seafront (behind the old town wall) in Old Hartlepool. 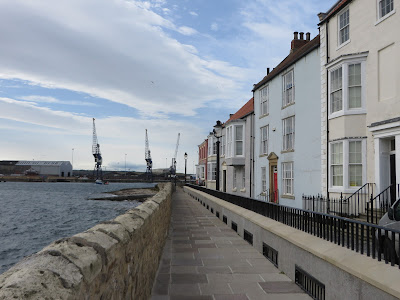 The next picture is St Hilda's Church on the Hartlepool Headland.  This is one of the most important churches in the north of England, believed to be on the site of the monastery where Hilda was abbess in the 7th century. She later went on to found Whitby Abbey. The magnificent architecture is Early English in style. Outstanding features of the church are the enormous buttresses, a six-bay nave, a namestone of a 7th century nun, a tomb of a relative of Robert the Bruce, and a Norman doorway.  This is not a photo I am proud of but the Church and its old, though not original, doorways are very impressive. 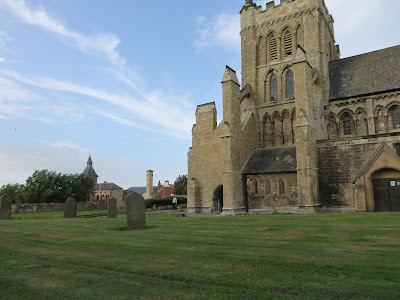 Thursday Doors is a weekly blogging photographic challenge allowing door lovers to come together to admire and share their favourite door photos from around the world.  It is hosted by Dan, see his Blog 'No Facilities'.  To get to the Thursday Door entries click here.